"Don’t let them get through here!"
―Uszka during her last stand to buy Jajka some time

Uszka is a medium-sized girl with long pink hair and a pair of brown eyes. She wears her hairs in a long braid. Uszka is always seen wearing the Bonple High School Sensha-do uniform.

Uszka at first glance in battle appears to be just as ruthless as Jajka and shows quite a large amount of deference to her commander, she will take orders from her without questioning and will even go as far as sacrificing her own vehicles to ensure the victory of her commander and team.

However, it's also shown that Uszka has a happy and bubbly side to her, especially outside of battles, she is regularly shown smiling and is especially chatty when prompted, even saying things which embarrass Jajka in the process (her facial complex is one example), she is also hospitable towards guests visiting the school, but she can still let her more serious side slip when the moment calls for it (especially towards Yukari during her attempted infiltration).

Little is known about Uszka except that she seems to be Jajka’s second-in-command. She probably take part to the Shensha-do Tournament match against Pravda.

She’s seen informing Jajka that Anzio will joins Tankathlon actual season. She later assists with Jajka to the match, that opposed Anzio to Tatenashi High School’s Centipede Team. We can assume that she’s part of the team that interrupt the match.

She is later seen in a match against Tategoto High School (secretly allied with Anzio) taking out Pepperoni & Carpaccio CV.33. And then she’s seen on Bonple’s carrier celebrate their incoming revenge against Pravda (under the name of Katyusha’s Volunteer’s Army).

She’s seen in the match against KVA shooting at T-70 to lure them in the forest and her last appearance is when Jajka ask her to buy her some time to lure the main force away from the flag tank, she stands up against many T-70 but she’s finally shot down alongside the TKS that was with her. But this diversion permit to Jajka to take down KVA’s flag tank. 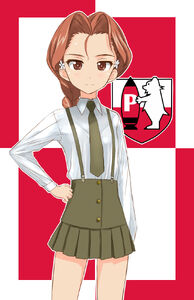 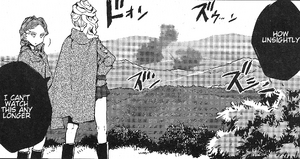 Uszka & Jajka during the match Anzio vs. Centipede Team. 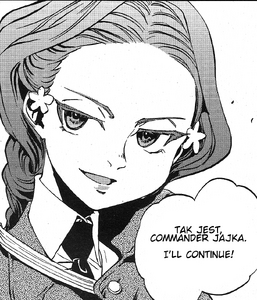 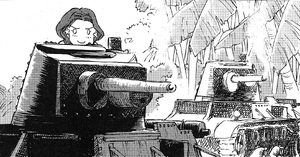 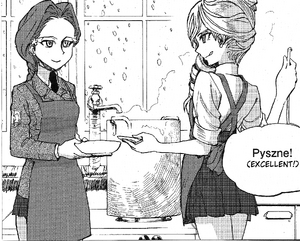 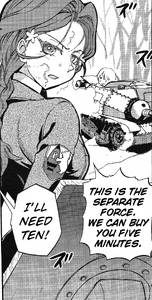 Uszka buying some time for Jajka. 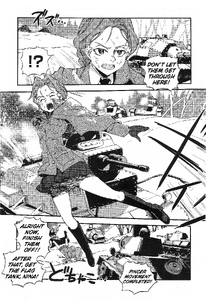 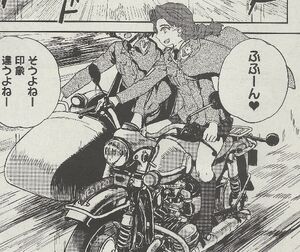 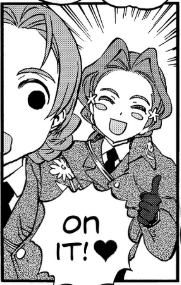 A happy Uszka
Add a photo to this gallery
Retrieved from "https://gup.fandom.com/wiki/Uszka?oldid=66392"
Community content is available under CC-BY-SA unless otherwise noted.