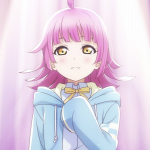 Welcome to my Talk page! 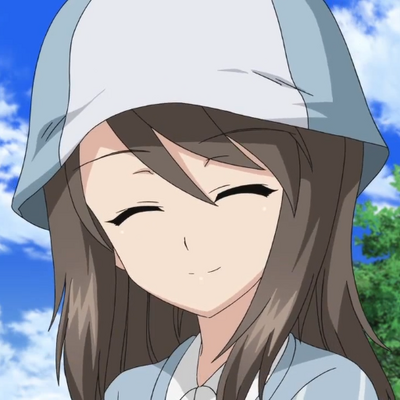 Wanna ask something? Feel free to ask, especially if it's about languages.

Please remember to sign at the end of your message, using either the signature button (

Please refrain for now to make Das Finale edits until 4-5 days, to let others to see the 1st Episode and prevent spoiling them. After this deadline we'll lift this restriction.

Thanks for your understanding.

Well, if I waited 3 months, 14 days to be able to add the information (I watched the film in December) I guess I can wait few days more. Also, although I only edited small trivial details that might be considered spoilers, I didn't go further adding more information.

No problem, I see that you only add minor details, those are ok.

I just wanted to warn the people who begin to make edits concerning Das Finale to avoid making major spoilers. I think I did not express myself correctly.

When I saw the film my first move was to make edits on the OVA, I made the ARL-44 (containing major spoilers). But after agreeing with other admins, to let some time to people who haven't the chance (like you) to see it earlier, I remove my edit and I'll reissue it later.

I have an unrelated question: how can I make polls? I want to create one about some GuP characters.

Sorry for not responding earlier.

Unfortunately i don't know how to create a poll you should ask others admins.

If I recall correctly, Central General was the one who made the polls on the main page. He would be the best one to ask.

Got a question for you

I have a little question I am dying to ask and you seem to be just the person to ask. Now I have seen several ways to spell Ooarai but what is actually the correct way to spell the name?

Alright, thank you very much for that. As for a second question, how appropiate is the spelling Ooarai than? Given that this is the spelling that seems to be used by any official release outside of Japan.

The macron (¯) above the "O" indicates it is a long vowel, and it can be substituted with a double vowel. So, both Ōarai and Ooarai are correct, while Oarai it is not.

Ah, so that is how it works. Once again thank you very much.

I have no idea why I mentioned her. Maybe it was a hunch, who knows.

As you're Japanese can I ask you a service ? Can you give me a translation (even approximative) of this page please ???

I grew up overseas, so my Japanese is bad. Here is what I could grasp:

It says something about getting the winter uniforms (for Ooarai girls) and normal Ooarai uniform for the rival characters (Darjeeling, Anchovy, Kay, Mika, Miho, Katyusha, and Kinuyo) if you pre-purchase the DLC (or whatever it is).

It also says something about the naval uniform from Das Finale, and special decals for the tanks. -- プレゼンス (Der Presenz)•

Even bad (as you said ;) ) your Japanese is far more advanced than most on the wiki. And you confirm me what I thought. If I wanted to get my hands on Ooarai Uniforms for Rivals and Winter Uniform I had to pre-purchase the game. So I think I'll never get them except if they release them later on the store.

Hey, I saw in your profile that you can understand Japanese. I need your help in this one since we can't figure out if this character is a Canon or not. It's been brought up last year and we still have no sufficient data on this one. I hope you can help us.

Here is the link

She was (probably) the previous overall commander of Chi-Ha-Tan Academy, just like Earl Grey was to St. Gloriana Girls College.

None of the links tells further information about her other than her former school, and her name 辻つつじ (Either "Tsuji Azalea" or "Tsuji Azumi" depending of how you translate it).

It's official 4-koma by the same guy who draws Motto Love Love Sakusen Desu!, I think is non-canon, not sure.

It comes from Lovey-Dovey Panzer an official yet non-canon manga of Nanashiro Gorou, the one that made the MLLSD before he was hired by GuPProjekt.

Hello! I was wondering if you knew how to change (or find out) a password on the Girld Und Panzer mobile game. I'd like to transfer my account to a new phone, but it's been so long!

I took care of the spammer revert Momo edit block the fuc**ng Russian and delete all his edits.

While wandering on the net I found this art representing a Blue Division girl and another from that mysterious neutral swiss school. So I know you're japanese is a little rusted but could you try to translate the word just above the right girl, I guess above the left one is Blue Division.

They are commentaries about the design of the uniforms.

I update the resolution of the first one. I also put the two other ones. And for Neutral HS you got it, when I put the kanji in a translator the prounciation is good. Thanks.

I just notice a post you made on Jatkosota about Rumi's time in Jatko " When Rumi was a Third Year, Touko and Lili were in Second Year, and Mika was a First Year. Mikko and Aki weren't students yet, this is why Mikko and Aki didn't know who Rumi was.".

Could you think we can apply this to Megumi ??? As Kay, Naomi, and Alisa both know her, we can assume that Megumi was a 3rd year, when Kay and Naomi were 2nd year, and Alisa 1st year. Or as Saunders is an escalator school, maybe Alisa could have met her when she was in middle school, while Megumi was in high school. I'd like your opinion.

And something that have nothing to do. It's about Yuzu, when I put her kanji name (小山 柚子) on google translate it gives me "Koyama Yuzuko" and not Yuzu. Can you explain me that ???

The high school where Kay, Naomi, and Alisa study is a school attached to an university called Saunders, hence the name Saunders University High School. We know the All-Stars University team is a team that gathers the best university students in matters of Sensha-do, so it's possible that Megumi is a student of Saunders University having simply moved from the attached school. Thus giving space and time for her to interact with the girls. Another possibility is the one you mentioned.

As for your other question, I don't know why Google translate gives you that translation, so I can't explain, sorry. (Another way of writing her name in Japanese is こやま ゆず.)

Thanks Presenz. As only assumptions can be made about Megumi I'll put her aside for now.

While reading Ribbon Warrior I noticed two ideograms on a caterpillar like creature on Gregor tanks. When I put the two on Google trad it gives me:

Could you share the image where you saw it, please? I'd like to take a look. -- プレゼンス (Der Presenz)•

Sorry for not responding earlier I missed the notification when you answer me. Here is the image.

Hi Presenz-san, sorry to come back with this but could you give me your opinion ???

It is "poisonous insect", just a general term, nothing special. -- プレゼンス (Der Presenz)•

I have higher resolutions of these two can I upload them ??? Then why did you upload two times the same image ??? Fox357magnum•

I uploaded twice an image due to a mistake, but marked one as candidate for deletion.

Before answering your question may I know where you get the high res ones?

I get them on a wiki of the game that I consider to be a gold mine, this is where I get all costumes. I actually never played the game.

I think I know the wiki you're talking about. Is this the wiki?

Yes the one and only. One of the users find this wiki during mid-2017 and since it's always open on my browser.

Do it, but also play the game, it's fun. the AndApp software allows you to play a variety of games. -- プレゼンス (Der Presenz)•

Done. For the game I'll give it a try.

I think there was show one more screen at "open" picture,

that which at all leaders and one version at Panzer IV...

team panzer at when her reappear to that cup... )

Now there just that party picture...

Anyway, is any one at that stoped mobile game at luck get 5* "card"?

game at mobile that way... But it follow well at story...

Just wondering, what happened with that Crazybob2014 guy ???

A guy who began harassing people on Discord and Wikia, so he got kicked from some servers and blocked in some wikis.

I gave him a warning, but didn't listen, so had block him in the World Witches Series wiki. He decided then to harass the administrators of the wiki in other wikis we contribute too. -- プレゼンス (Der Presenz)•

I saw a bit on the WWS wiki, he had already been given warnings several tiems for making needless edits as as trying to insert his own fantasies, correct? I have blocked him for this wiki as well.

What a mess, I came to look at him on fandom community and apparently World Witches was not his first. He get kicked from several wiki and discord and he harassed admin begging to be unbanned.

You did well Hauptman.

I locked the page for you.

Retrieved from "https://gup.fandom.com/wiki/User_talk:DerPresenz?oldid=74781"
Community content is available under CC-BY-SA unless otherwise noted.