Chi-Ha-Tan Academy is a Japanese-themed high school in Girls und Panzer. They operate WWII Japanese tanks such as the Type 95 Ha-Go or variants of the Type 97 Chi-Ha.

Chi-Ha-Tan Academy is based in the Chiba Prefecture, Japan.

The school has links with local school-ship construction. The school was sandwiched between a rural area, which focused on breeding fine horses, and the industrial heartland, which included concentrated metalworks. The school has a fine archery and Naginata tradition, done on horseback.

Like many of the other Sensha-dō schools, Chi-Ha-Tan moved into tank driving after WW1 ended, and they started driving tanks Japan made themselves. The first instructors were WW1 veteran tank drivers.

The school once had a respectable Sensha-dō team, at the height of its prowess it even reached the finals. Recently, however, they have been repeatedly crushed in the first round. This defeat came in spite their did to improve their tank's performance, as the improvement focused more on equipment upgrades and less on training the students operating it.

The school culturally ended up with girls with strong maternal instincts. The school has a huge library that is renowned in the country, and students even publish their own books. And as mentioned earlier, they still have a fine equestrian tradition.

Chi-Ha-Tan students have a brown uniform made up of a long tunic, high boots and an optional helmet. The tunic is worn with a mustard-yellow skirt. The lapels of the tunic are white in the case of the commanding officers, and dark red for everyone else. The uniform is resemblant of the Type 5 WWI fatigues of the IJA.

Their primary "tactic" is a frontal suicide-charge against the enemy. This tactic is performed as much for tradition as for rational reasons, never takes into account the type and disposition of the enemy, and ignores factors such range, terrain or self-preservation. Every instance of a charge always ends with the destruction of a lot of their own tanks without really damaging the tanks of the other team. Chi-Ha-Tan are known, sometimes even expected, to throw away incredibly advantageous situations by charging recklessly.

While Chi-Ha-Tan's commanders do have a vague grasp on the concept of tactics and strategic timing, they give in easily to their emotions. Precisely because of their suicidal tactics, Chi-Ha-Tan has rarely had the experience of immobilising an enemy tank, and such an event is enough to overcome all but the most steadfast Chi-Ha-Tan commanders with disproportionate confidence, and cause them to charge to their collective demise. Ironically, a perceived lack of tactical success can also cause the same effect through frustration, turning a bad situation even worse.

Following some hands-on practical demonstrations courtesy of Duck Team, Chi-Ha-Tan started to recognise the potential of their team when employing effective tactics such as ambushes, defence in-depth and hit and run attacks. Their newfound strength was a true eye-opener for the strategists in the Sensha-dō team, but old traditions die hard, and many of the older commanders still feel that a charge is integral to the school's Sensha-dō spirit, with predictable results. This is why Fukuda comes with the idea to use others tactics by putting the word "Charge" in it to keep the psychological effect, like Stepping Charge (Stand Position), Goodbye Charge (Retreat), Remote Charge (Recon), One Day Charge (Fire Barrage), Leisurely Charge (Marching Fire) and Good Day Charge (Feint).

Chi-Ha-Tan have long had a presence in the Sensha-dō community, with varied results. In the past, the team was considered a veritable threat to the other major schools, even coming within reach of the championship when in its prime. However, the school has on the whole failed to keep pace with its competitors, and is now considered nothing more than a minor participant. The school diligently takes part in the national tournament each year, but many years have passed since it qualified for anything other than the opening round. This changed during the events of Winter Continuous Track Cup when the school moved onto the second round.

The school is mentioned in a screen when the tournament's bracket is revealed, as Kuromorimine Girls Academy's first opponents. The school deployed a single Type 95 Ha-Go alongside a host of Type 97 Chi-Ha variants. All of that was immediately rendered academic, however, when Chi-Ha-Tan elected to make a frontal charge against a prepared Kuromorimine firing line. The valiance of the Chi-Ha-Tan members did nothing to avert them from being utterly annihilated, and knocked out of the tournament in the first round.

Chi-Ha-Tan sent a detachment to fight alongside Ooarai Girls Academy for a friendly match against a compound team of Pravda and St. Gloriana, match that was see at the beginning of the movie. Kinuyo Nishi operated as a second in command to Ooarai's overall commander, Miho Nishizumi, and the combined force surrounded and nearly destroyed the enemy flag tank. However, one of the Chi-Ha-Tan tanks scoring a hit (and Hamada's tank possibly taking out) an opposition Matilda hyped the members into an ecstatic frenzy, and the entire team (even those on defending duty) charged forward. Only one of the eight tanks that entered the battle wasn't destroyed in a suicide charge, and the actions of Chi-Ha-Tan were recognised as the principal reason for their side's eventual defeat.

In support of Ooarai Girls Academy against the All-Stars University Team, Chi-Ha-Tan brought twenty-two tanks, failing to factor in that other schools were also bringing reinforcements as well. In the end, only six tanks, took part in the match; a Type 95 Ha-Go and five Type 97 Chi-Has, of which two were of the Shinhoto 'Kai' variant.

Chi-Ha-Tan had a bumpy start to the match. Attempting to hold a flank unsupported against enemy Pershing heavy tanks was already going downhill when several commanders lost their nerve and ordered a charge, resulting in the immediate loss of two vehicles.

When engaging enemies later in the theme park, the youngest commander on the team, Fukuda, suggested an alternative tactic that emulated Duck Team's guerrilla tactics observed in an earlier match. The use of hit and run ambushes initially proved effective against the unsuspecting university tanks. Once reinforcements were made available, Duck Team was able to join the Chi-Ha-Tan squadron, and Noriko Isobe personally coached them through the effective harassment and division tactics that saw great success, defeating two Pershings with no losses taken.

At the end of the match, however, Chi-Ha-Tan still resorted to a stock-standard charge against Alice Shimada's Centurion. The charge was made with a far more favourable tactical advantage on paper, but Chi-Ha-Tan still became the first of many Ooarai tanks to underestimate the Shimada-Style prodigy.

There four characters in Chi-Ha-Tan Academy who stand out above the rest.

The overall commander of the Chi-Ha-Tan Academy Sensha-dō team. She is competitive and sometimes hotheaded, but can also be thoughtful and polite. The most level-headed of the school's commanders, she is also incredibly formal to the point of comicality. She commands a Type 97 Chi-Ha.

She is the tank commander of a Type 97 Shinhoto Chi-Ha, as well as the vice-commander of Chi-Ha-Tan. A hot-blooded traditionalist who looks down on any tactic other than a charge, but will nonetheless defer to her senior commanding officer.

She is the tank commander of a Type 97 Chi-Ha. She is easily recognizable due to her unusual hairstyle (victory roll).

She is the tank commander of the Type 95 Ha-Go. She is a bespectacled junior member. Eager to follow her seniors' example by charging towards the enemy, but is often stopped by the Ooarai team members from doing so. She later learned to emulate Ooarai team's tactics and becomes an advisor of sorts for Nishi.

She is the tank commander of a Type 97 Shinhoto Chi-Ha.

She is the tank commander of a Type 97 Shinhoto Chi-Ha.

She is the radio-operator of Hosomi's Type 97 Chi-Ha. She also seems to love photography, as she often carry an ancient photographic camera.

She is the tank commander of a Type 97 Chi-Ha.

She is the tank commander of a Type 97 Chi-Ha.

She is the tank commander of a Type 2 Ka-Mi Amphibious Tank.

She is the tank commander of a Type 2 Ka-Mi Amphibious Tank.

She is the driver of Fukuda's Type 95 Ha-Go.

She is the gunner of Fukuda's Type 95 Ha-Go.

During the Cauldron Tankathlon Tournament, every team defeated will fight under the winner's command. 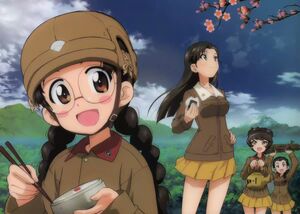 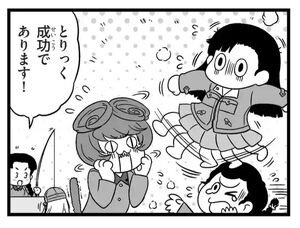 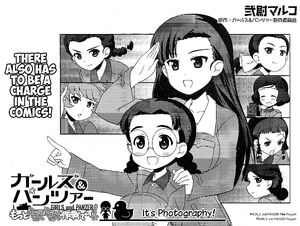 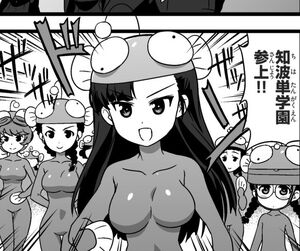 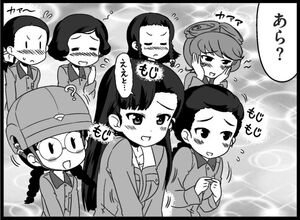 It appears they are quite bashful in romance 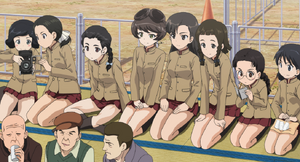 Chi-Ha-Tan at the Winter Cup 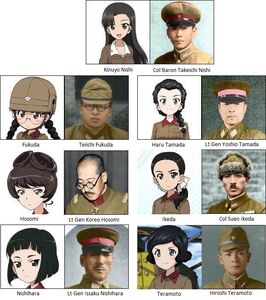 Characters and name donors originally from here https://twitter.com/hoi2color/status/1150418193669738496
Add a photo to this gallery
Retrieved from "https://gup.fandom.com/wiki/Chi-Ha-Tan_Academy?oldid=76904"
Community content is available under CC-BY-SA unless otherwise noted.