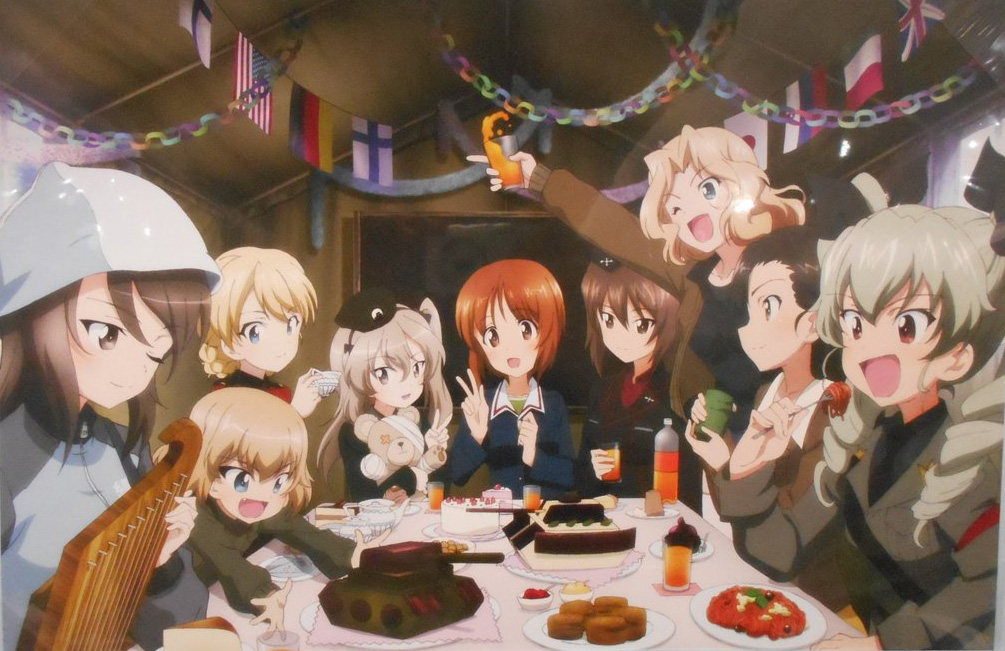 What's on your mind?

It would be cool, a concept tank

Can you give me more guides for this game? I'm stuck and my game won't run aswell, it always loading after i have complete the download resources. Can someone help me?

Is there a large GUP discord? I have been looking for a GUP discord. GUP is the only anime that I watch.

It's out on Nyaa! from ak-Submarines

Nice calendar yet again for GuP. We also get to see for the first time Kuromorimine's Summer Uniform. 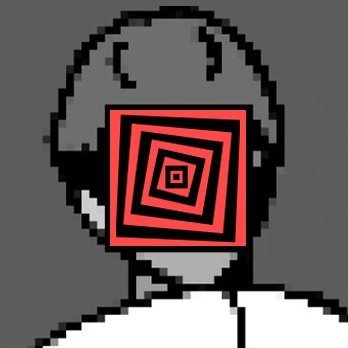 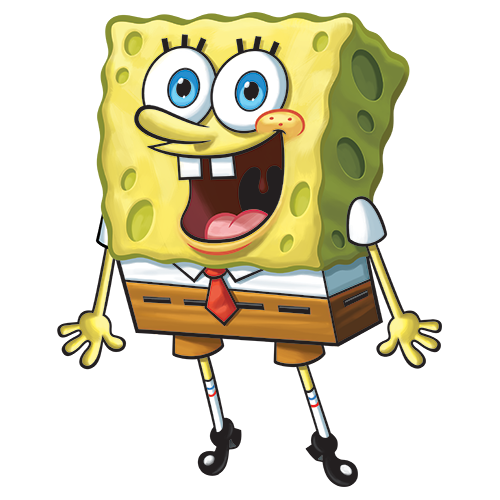 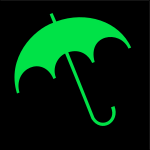 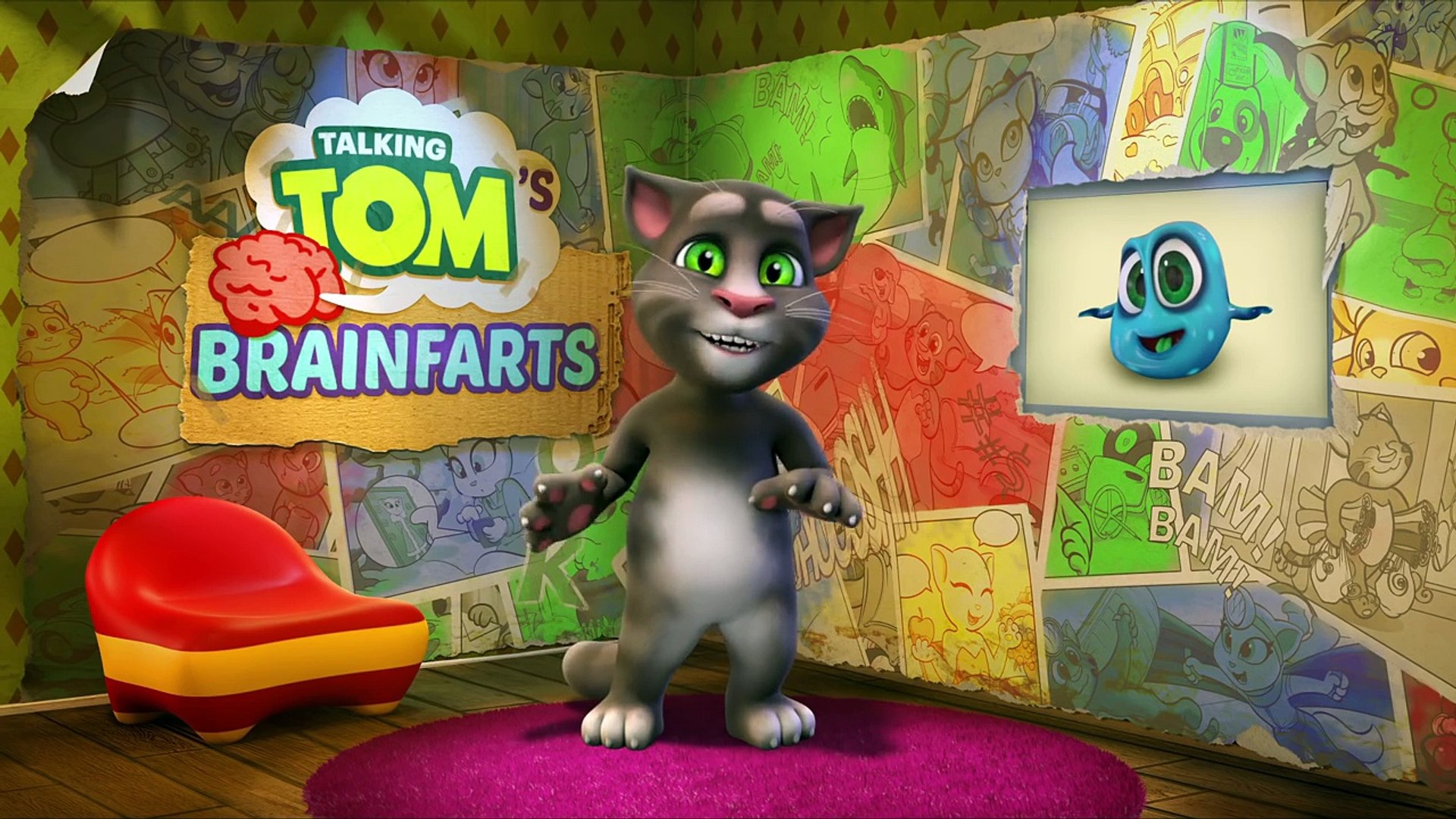 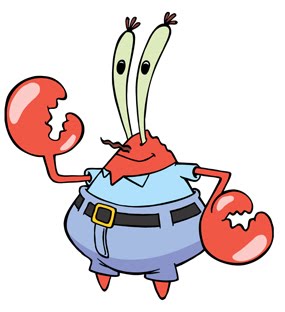 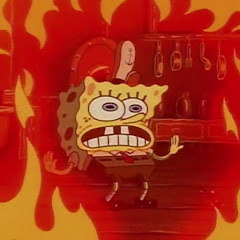 Ever since I play WoT Blitz (on my iPhone), and publish the two GuP novels, Maho Arc and Neu Generations, on Wattpad, I began to fantasize the sequel, or at least the Cold War in GuP universe. Based on the title, the tanks will be originated from the End of WWII to the 70's. In my opinion, Ooarai is a rising school while Kuromorimine and Chi-Ha-Tan are almost in bankruptcy. It's up to the creators if they will create the sequel. What's your opinion on this? 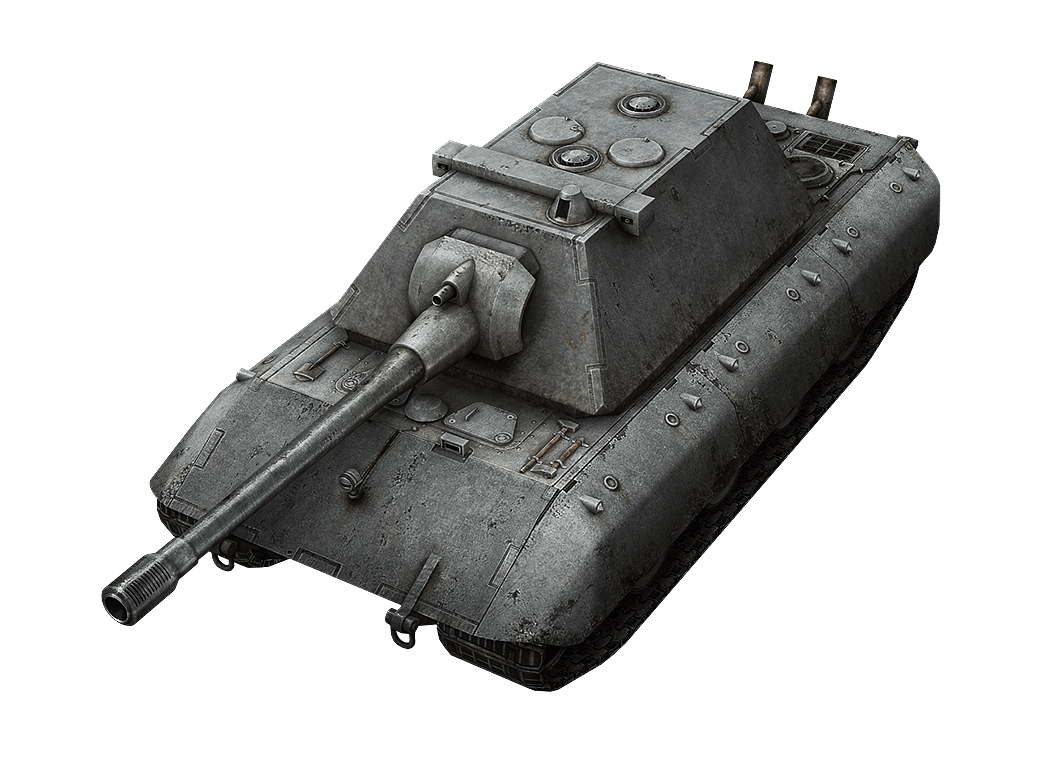 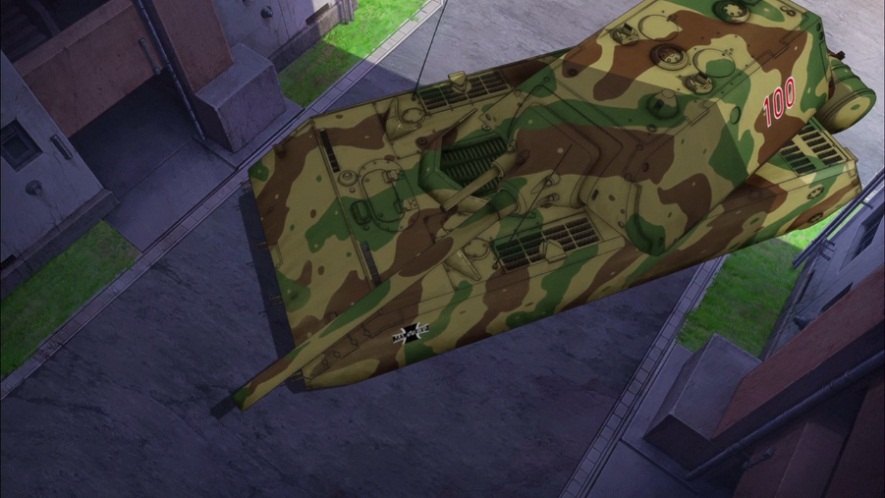 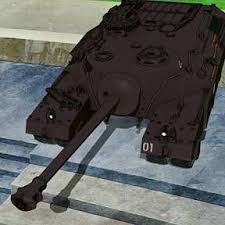 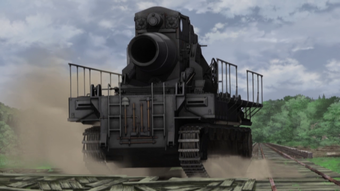 Supposing we get season 2 of the series, it's probable it will be set 2 years after Das Finale, during the events of the World Championship.

It's a given that the two powerhouses, Shimada and Nishizumi, will be part of it.

So, in addition of Miho Nishizumi, Maho Nishizumi, Alice Shimada, and maybe the current overall commanders (Anchovy, Katyusha, Kay, Darjeeling, Kinuyo Nishi, Mika, Marie, Maiko, Éclair...), who do you think would make the roster for the team?

Jaguar is a medium-to large-sized school based in Osaka.

In terms of Sensha-do, Jaguar was once recognized as a threat and the Sensha-do team had immense power in schoolship life but thanks to a change in school culture, their power has lessened as of late. Thanks to their easy budget and equipment upkeep they’re currently trying to build a large enough team to rival Saunders.

Jaguar students are very engaging people and may, if they’re first meeting someone, ask very personal questions and generally expect visitors to do the same.

They are notorious for the amount of cursing they do, so non-students easily learn to ignore this. If Jaguar students are mad, teasing you or making fun of you, you can tell by the expression of their face or the tone of their voice as well as even more cursing than usual.

Jaguar students tend to say things in a very direct manner, while rather usual among students this can offend visitors. Jaguar students are very emotional and extremists, both when telling good things and bad things to anyone. They have a bit of an acid humor.

With their Sensha-do team losing interest and influence comes an intense love of football. Their team has won many championships.

Jaguar students have a relaxed attitude towards time, which can unsettle visitors from other schools. A Jaguar student should be expected to be at least 10-15 minutes late with meetings with other schools. This is normal Jaguar culture and is not meant as an insult. This excludes business meetings. Arriving an hour late to a party is normal, even expected. Plays or concerts tend to start around half an hour after the scheduled time.

Most Jaguar High students (particularly the Sensha-do team) have a deep respect and love towards Kuromorimine (though this is very much a one-sided relationship) and a huge rivalry with St. Gloriana. They are, however, averse to Kuromorimine’s clockwork efficiency and punctuality as it’s contrary to their daily life. The Naval Studies department breaks this trend by having a similar love for St. Gloriana, though this’s largely ignored by the rest of the school.

They have a rather tense relationship with St. Gloriana thanks to their respective patron countries relationship along with their football rivalry. Visitors from St. Gloriana or those that openly support them are met with hostility, very likely receiving icy looks and treatment from students and the general schoolship populace.

Jaguar’s regular uniform consists of a white collard shirt with a black tie, horizon blue blazer with red trim on the cuffs and red skirt.

The Sensha-do uniform consists of a green jacket with a red trimmed collar, a gold star on the right collar, green epauletts with a red trim, and red skirt.

Jaguar has adopted similar tactics to Saunders, breaking its main force into separate platoons of two or three tanks and employing maneuvers to cut off reinforcements and retreat paths.

Jaguar is a school located in Osaka, Japan.

The first known Japanese immigrants to Argentina arrived by boat in 1886. Among the Japanese to immigrate was Prof. Seizou Itoh, an expert in agriculture, who came to Argentina in 1910 and worked to improve the level of agriculture in his new country.

Prior to 1941, the main aspect of relations between Argentina and Japan was immigration, mostly of agricultural laborers. In honor of relations first forming around agriculture, the school that was later built was mainly be an agricultural school.

She is the overall commander Jaguar High School. Her hometown is Takatsuki, Osaka.

She is the vice- commander Jaguar High School. Her hometown is Takatsuki, Osaka. VEHICLES OPERATED

Their logo consists of a white shield with a blue band across with a jaguar head centered on the blue band.

+ The Jaguar head and their name is a reference to the Patagonian jaguar of Argentina and Chile. The Nahuel DL 43 (Mapuche: tiger/puma/jaguar) is also named after the jaguar and was painted on all vehicles built.

+ The white shield with a blue stripe is a reference to Argentina’s flag which is blue with a white stripe. The jaguar’s head in the middle replaces the Sun of May.

The schoolship is based on the ARA Independencia, Argentina’s first aircraft carrier, a Colossus-class carrier that was in service 1959-1970.

The Jaguar-St. Gloriana rivalry comes from Argentina and the UK’s traditional rivalry.

Most Jaguar students liking Kuromorimine but disliking St. Gloriana is a reference to Argentina’s (mostly their Army) high Germanophilia while disliking comes from its Anglophobia and Argentina-United Kingdom relations being rather testy. Similarly, the Naval Studies department admiring St. Gloriana references the Argentine Navy’s admiration of the Royal Navy.

Infinite Caliber, a simple server that is specifically crafted for people who both appreciate anime and the military world. So if you like the tanks from Girls und Panzer, or love the shipfus from Azur Lane and Kantai Collection, maybe even play Girls' Frontline on your free time? then this server is perfect for you.

Hi guys, I'm just posting a little announcement that I'm creating a french server with a friend. The theme is obviously Girls und Panzer. If you're french and have the desire for joining the server, welcome ! There are different schools, roles, events and so on ! Here is the link : https://discord.gg/f4AbQef

Since High School Fleet movie had been released in Japanese theaters this weekend, There's a Japanese article on military advisor Takaaki Suzuki on the Japanese site Natalie about Haifuri and GuP as well as the history of moe military anime.

Why do the pages for Das Finale Part 2 (The episode, the schools, the vehicles, etc.) not have any information on them? Is there some sort of time period before it can be added or has no one just gotten around to it yet?

does anyone know what the results in das finale 2 matches were ( other than ooarai of course )???

(edited by Lanius1995)
I can't seem to find the music piece which plays after Miho says the Pz IV is repairable and turns to face her teammates. Could anyone help me with that?
(edited by BuddyLee521)
Who here has heard of the Girls und Panzer horror anthology. I have seen posts on Twitter talking about it.
(edited by FinnXMarcy)

In tier maker you can create your own character tier list, unfortunatly spinoff characters are not included.

here is mine, if spinoff characters were included i would have Emi Nakasuga in C tier, Fondou ( maginot VP ) and Rin in B tier, Eclair,Jajka,Shizuka and the T.3 crew in A tier, Noemi in S tier and my very own waifu ( count school senpai ) in a S++++++++ tier.

as for the main cast 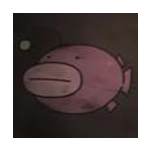 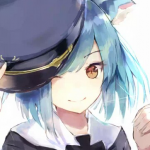 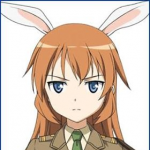 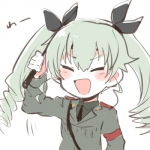 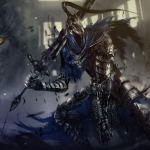 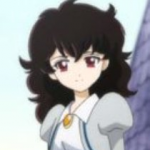 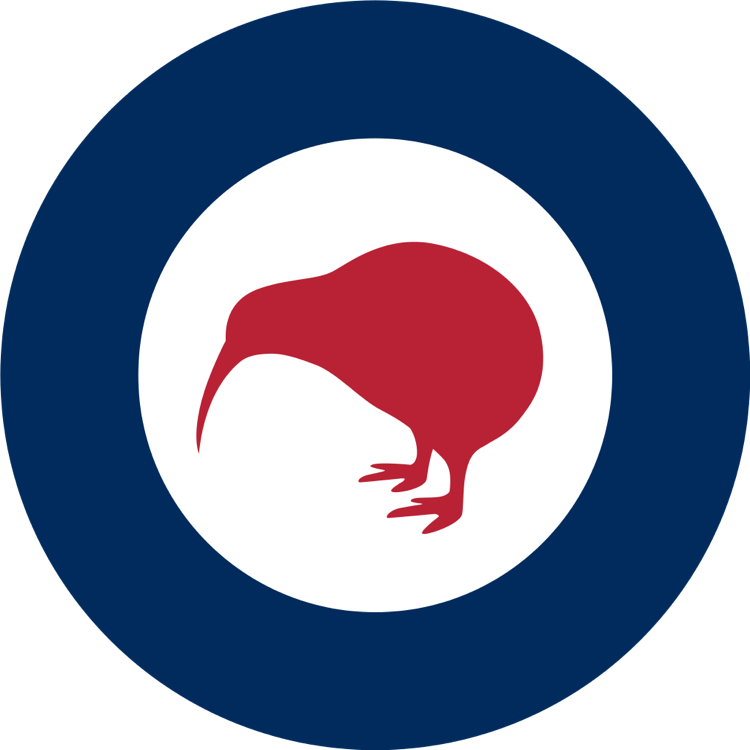 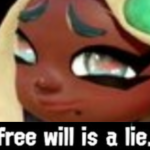 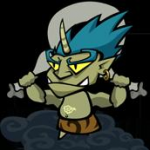 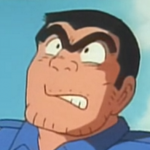